You can use a firewall to manage server access and network data packets directly from a control panel. This option is included in server cost and not billed separately.

Currently, the limit is 50 rules; if you need more, please submit a request to technical support.

Incoming packets first reach a network-level firewall (if exists). If packets have passed it, a server-level firewall comes into play, and finally an internal software mechanism is used. For outgoing packets, the reverse sequence applies. 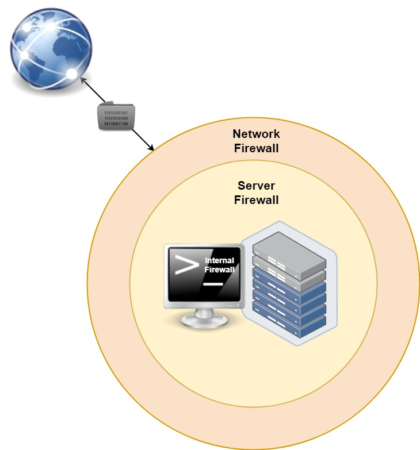 To configure a firewall in any VPS, go to Firewall section in the server settings.

— Rule order is essential: the less sequential number of a rule, the higher its priority. You may reorder rules by dragging and dropping them in a list.
— By default, all incoming and outgoing data packets are allowed. 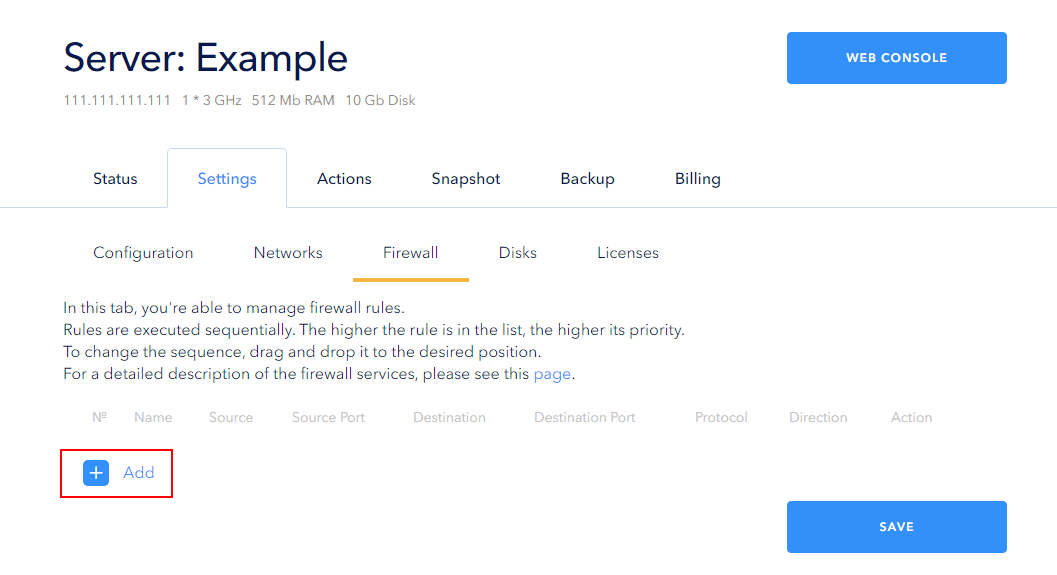 Add Rule window will open. Fill in the following fields:

In our example, the rule blocks all packets coming to a server: 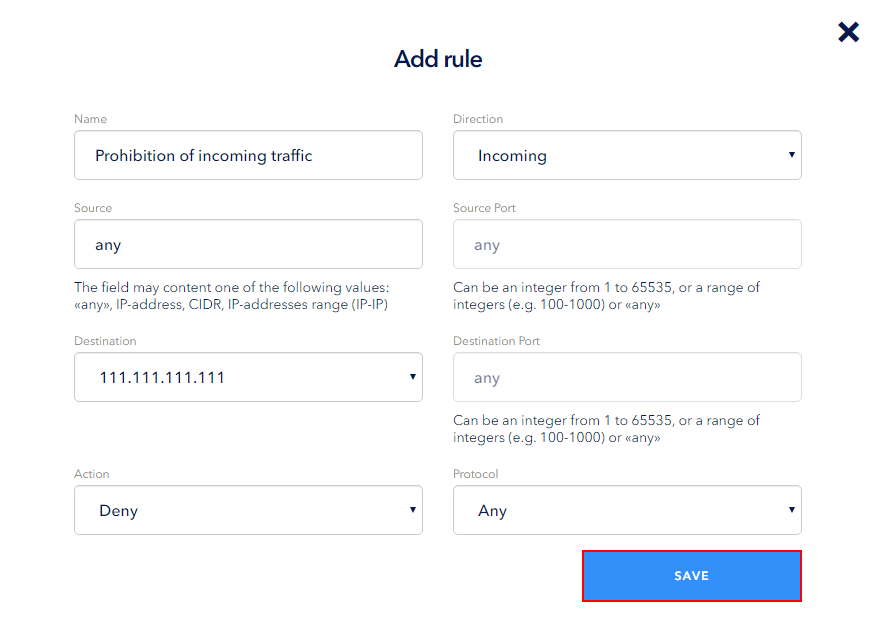 To apply the rule, click Save. You can create several rules and save them all at once: 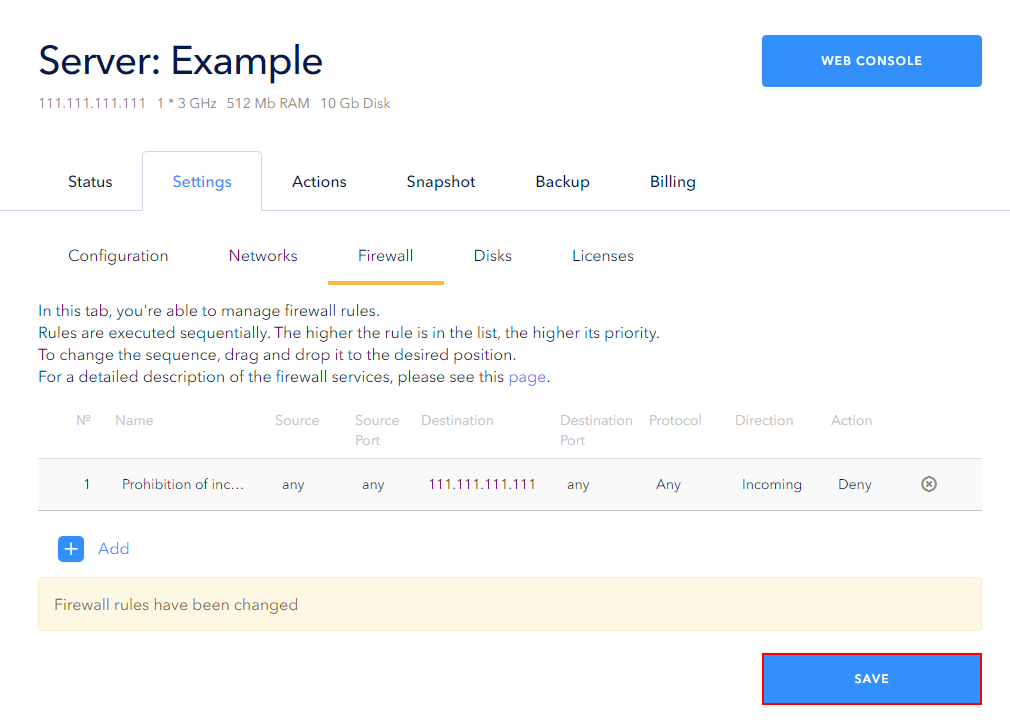 Then, a page will look as follows: 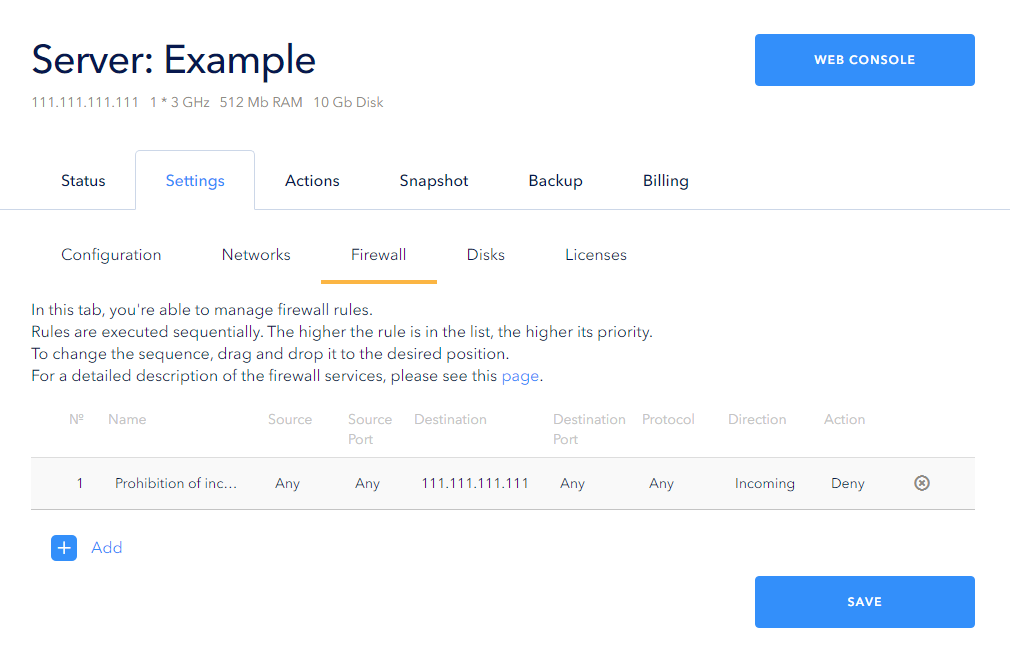 The less sequential number of a rule, the higher its priority. For example, after you have created a rule to deny all incoming traffic, create a rule to allow incoming TCP packets on port 80. After you save configuration changes, this port will remain inaccessible since the denying rule has higher priority than the allowing one: 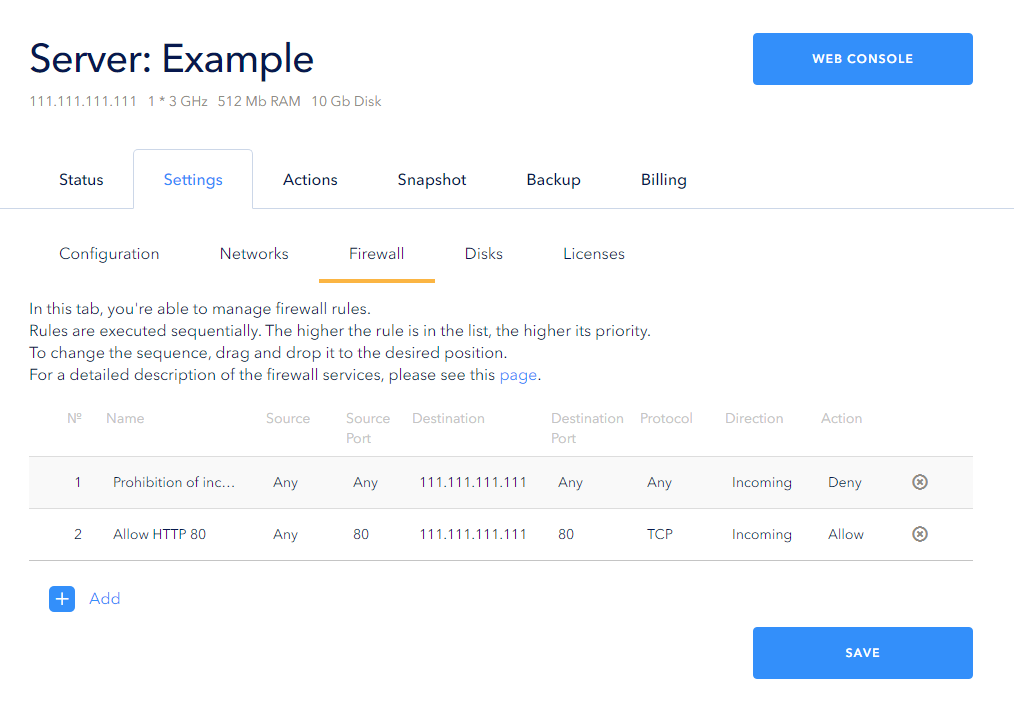 To change rule priority, drag the allowing rule to the first place and save changes: 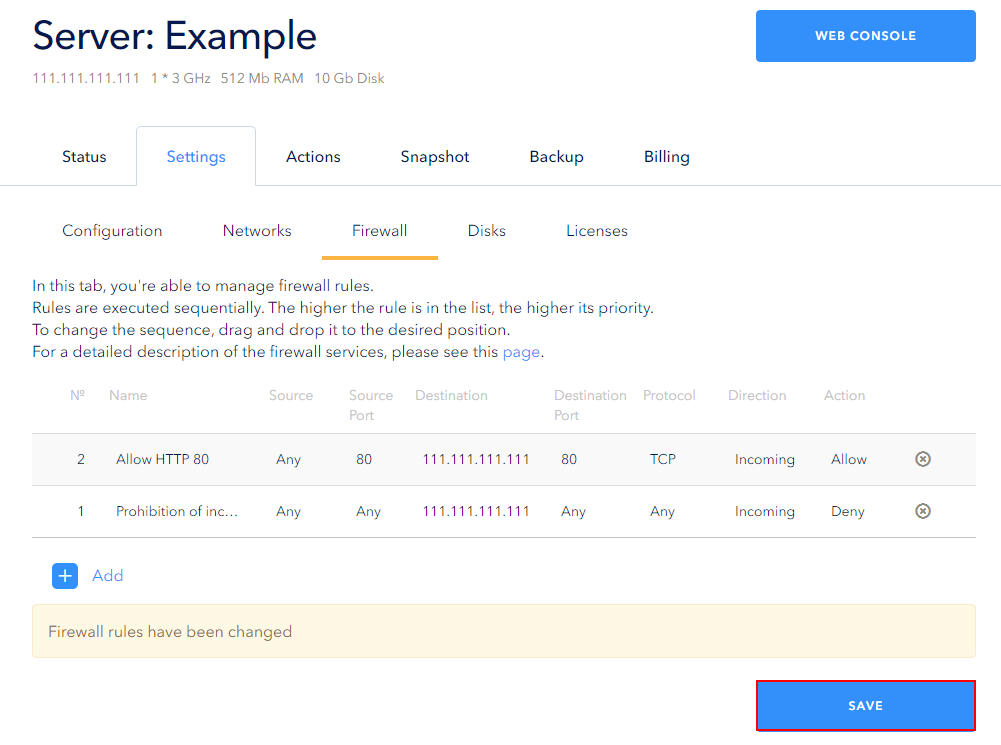 After saving, rule sequential numbers will change, as well as their priorities: 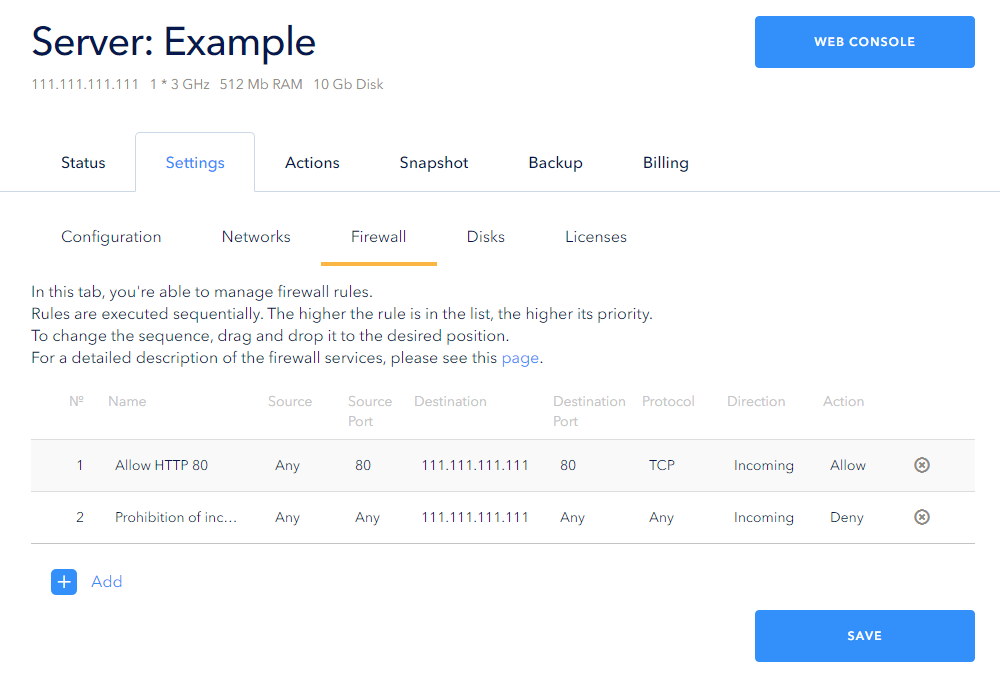 In this configuration, the firewall will allow TCP-packets on port 80 and block all other packets.