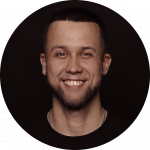 We have completely updated VMware infrastructure management interface. Now it corresponds to a new design concept, just like other sections in the Serverspace panel.

What we used to have

We conducted a study and found out that the old interface was outdated, and the tools that our users required were not in the right place they expected them to be. It was necessary to expand the features of the service, and we began with creating a new design and architecture of the control panel.

What has been changed

It took three months for developers to implement the new design in the management interface. The user might believe that this is just a new style, but in fact, the changes are more global.

We transferred the main services to the SPA. This helped to avoid data load every time you go to a new page. Thus, we improved the interface speed and simplified the development of new functionalities. Those who have been actively using the panel will be first to experience how fast loading speed has become.

The main changes took place mostly in the back-end. It was adapted for the SPA. Now the back-end returns raw JSON, which saves resources of a server. This is important when tens of thousands of people are using the service at the same time.

Now, the front-end is the one to know how to render JSON data received from the back-end. When a user navigates from one page to another, data is loaded partially on each page. You only need to supplement the content with the missing content.

«‎We have conducted a large-scale refactoring and made data presentation completely independent from data processing. This allowed us to isolate the control panel components and change them faster».

In addition to the new style and page loading optimization, we have partially moved server management functionalities to other sections.

Now the set of tools for working with the server is located as follows:
There is a separate «Status» tab. Here you can see the server connection parameters, and dynamics of the load on the CPU, RAM, communication channel and disk fullness.

In the «Settings» you can: 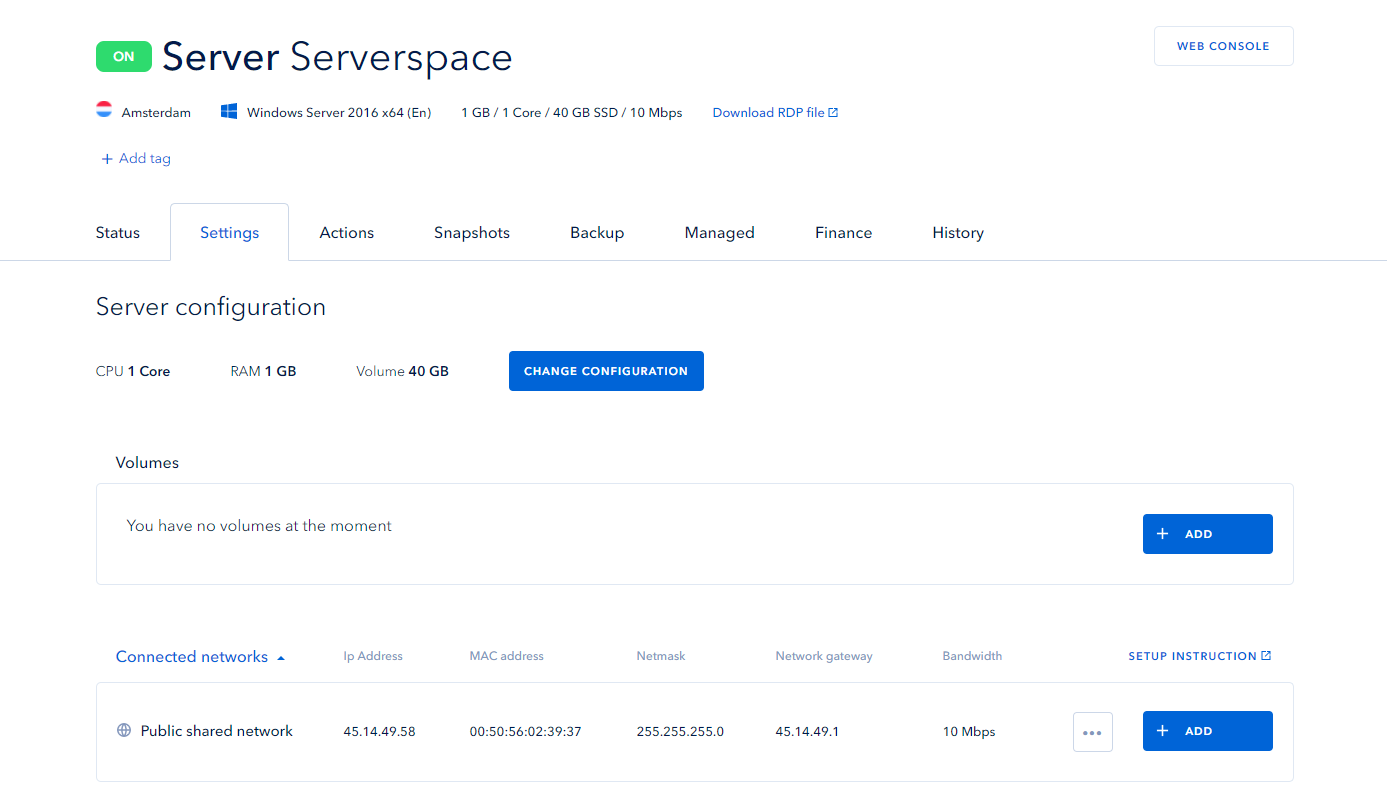 When you go to the «Actions» section, you can turn off, restart, copy, recreate, or delete the server: 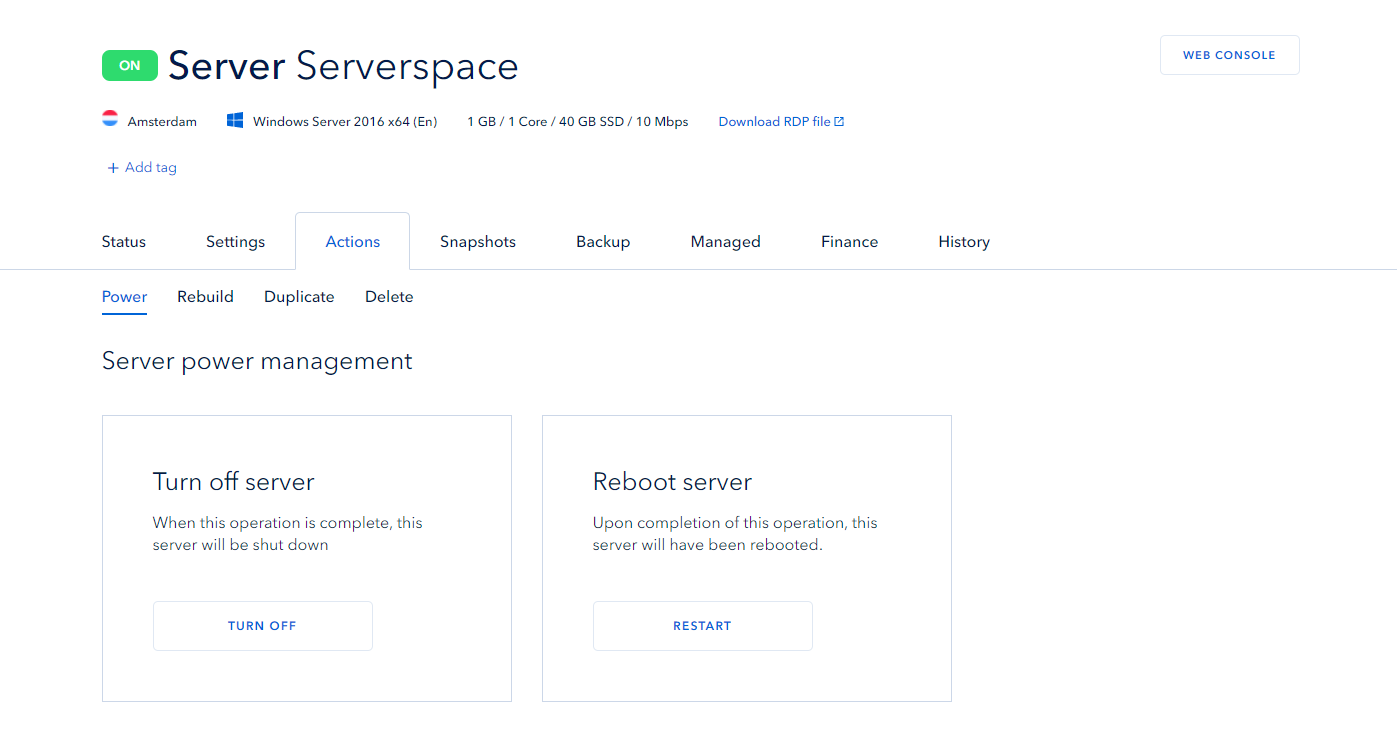 Snapshots and backups are placed on separate tabs:

There is a new section — «Managed»:

What will happen next

We will continue to redesign the control panel. Very soon, the new Serverspace concept will be implemented in all sections of the site. We will tell you about its development in other news.