The international cloud provider Serverspace has added the ability to create and configure Affinity and Anti-Affinity rules in the control panel calculator. You can use them to host a set of virtual machines on the same or different location pools. 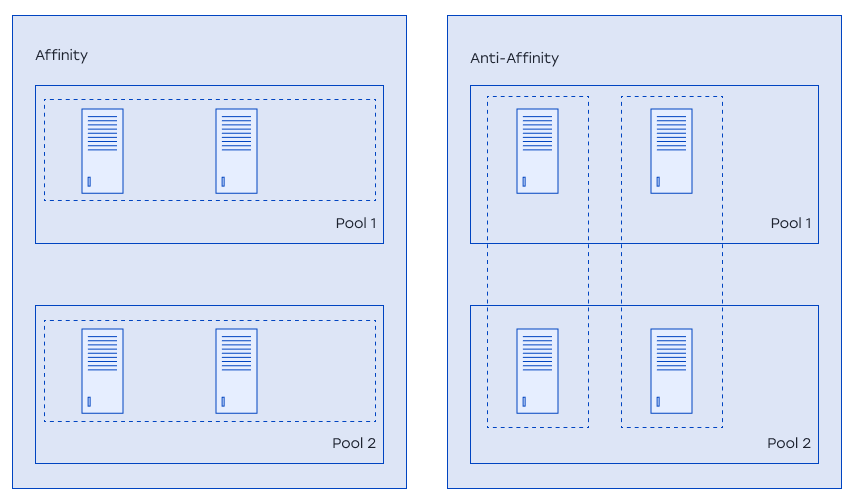 If the user won't configure Affinity and Anti-Affinity rules, virtual machines are distributed among location pools according to resource availability: CPU, RAM, SSD. The process of allocating VMs to pools is not controlled in this case.

How to add Affinity or Anti-Affinity rules?

To add another server to the group, start creating a new machine and select the appropriate group. There can be a maximum of 5 machines in one group. If you want to add a server to a new group, press the "Add new group" button.

The number of groups and virtual machines can be increased upon request to support via the control panel.

Users can create up to 5 groups with Affinity and/or Anti-Affinity rules. Users can only configure rules during server creation.

Black Friday and Cyber Monday at Serverspace on November 25-28.

Serverspace added the ability to select the bandwidth of the VPN server, reboot it and reset settings.