How to choose an OS for a virtual server and what does it affect? 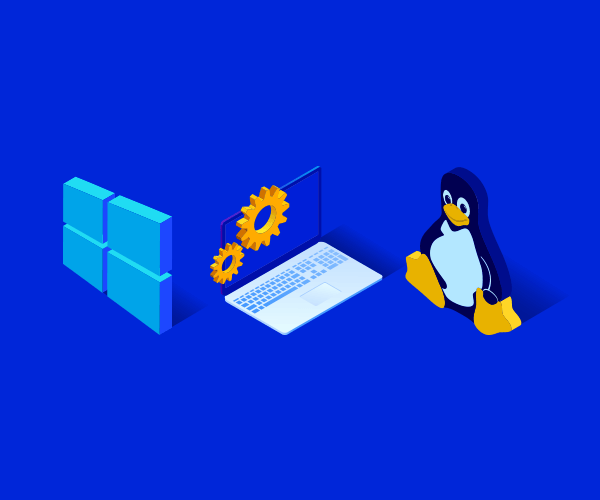 Server operating systems, compared to desktop ones, are a heavier weight category in which Windows and Linux have been fighting for many years. It is not easy for a beginner to choose between two OSs: Linux is free, with various distributions, and Windows supports several specific technologies and DBMS.

The simplest formula for choosing an OS looks like this: for a regular web resource on a popular CMS we install a Linux system, for the rest — Windows Server. But we will go further and sort through the points on what you should pay attention to when choosing a server operating system.

Their support will be needed when developing the site. Popular programming languages like JavaScript or HTML support both systems, but there are exceptions. For projects developed using ASP.NET or VBScrpt technology, only Windows is suitable. This operating system is needed for hosting projects that use OS-specific file formats (for example, WMA and WMV).

A bundle of PHP + MySQL is supported by both OSs, but it’s better to choose Linux, for which the PHP language is native. Windows, although it allows you to run PHP scripts, under it they will run more slowly.

If you need to work with MP3, Flash, Shockwave and Real files, as well as with sites created using Microsoft FrontPage, then both operating systems will perform equally well.

Many services and protocols, such as FTP and Telnet, work in all server operating systems, but again there are nuances. If on Linux the SSH network protocol is supported by default, then on Windows Server it must be connected separately. Even if as a result you get an OS with the same capabilities, for Windows software components are very likely to have to be bought when they are free for Linux.

Popular MySQL runs on both OSs, but on the Linux kernel, the PHP + MySQL bundle works more efficiently. With Access, Microsoft Sharepoint, and Microsoft SQL, the situation is different: it is better to choose Windows Server here. It is good where you need to deploy a corporate portal with high requirements for reliability and stability.

Again we return to the analogy with desktop OS: Windows is closer and more understandable to most system administrators, and to work with Linux-systems, new knowledge and experience are required. But if speed and efficiency are a priority, it is better to spend time and understand Linux functionality.

Almost all Linux distributions (such as CentOS, Debian, and Ubuntu) are distributed free of charge. Choose any of them and pay only for renting a virtual server. You will have to pay extra for using the licensed Windows Server, as well as for installing additional components for it.

What is not affected by the choice of server OS

The services launched on the virtual server will be equally available to your clients regardless of the selected operating system. Clients will never know which OS you are using for your project, as they will be dealing with the same data. The only difference is in the environment in which this data is processed, and only the IT specialists serving the virtual server will see these differences.

The main differences between Linux and Windows are called stability and speed, which are characteristics of operating systems on the Linux kernel. They do not require regular maintenance and frequent reboots for configuration changes to take effect. If you deploy several large databases under Windows, the Linux server is likely to get ahead of it in uptime. But in fact, OS stability will also depend on administration methods, that is, on the human factor.

On average, virtual hosting on Linux systems costs 20% less than hosting on Windows, so if you are not connected to certain technologies and technical tasks, it is more profitable to choose Linux. Hosting on any Linux-system is optimal for sites on Joomla, WordPress, Drupal. But where the task is to deploy the project to ASP or ASP.NET, only Windows Server will do. The same operating system is needed to host Windows applications for stock trading and any continuously running service, such a game server.

Putting it all together