Let’s choose an Integrated development environment (IDE) and a code editor for development and testing.

This article contains recommendations only; to learn more about all the IDEs, please visit their official sites.

What is an IDE?

An IDE (Integrated Development Environment) is a software combining application development and testing features into a single graphical interface. Usually an IDE consists of:

Some IDEs also support additional plugins, and by installing them you can get even more development features.

What to consider when choosing an IDE?

Before choosing an IDE, pay attention to the following:

What IDEs and text editors should you look at?

Microsoft Visual Studio is a development environment made by Microsoft. Using this IDE, you can create both console and GUI applications. App testing is available on more than 300 devices and browsers. The price of the environment depends on the subscription version and edition.

Check out the pricing Microsoft Visual Studio on the website.

The free Visual Studio Code Editor is a simpler substitute to an IDE. It does not offer as many features as a usual development environment, but you still can write code in many programming languages, and there are also some debugging tools.

Since we are talking about code editors, let's take a look at Sublime Text. This is an editor that also contains the same tools as full IDEs. It includes tools for code simplification and changing: Goto Anything, bracket matching, multiple selection, and a strong Python API.

Developers from JetBrains have created a series of IDEs with a focus on different languages. The guys are cool and the environments are helpful, so pay good attention to them.

Go to the website to check out the price.

PHPStorm is an environment for PHP development. It is also recommended for working with popular CMSs: e.g. WordPress, Drupal, Joomla and others.

Another development platform from JetBrains is CLion, which is required for programming with C and C++.

The fourth and final platform from JetBrains on our list is IntelliJ IDEA, originally designed to work with Java. But now you can code in other languages if you add the corresponding extensions.

Go to the website to check out the price.

If you're looking for cool but free Java-centric IDEs, check out the Eclipse and NetBeans platforms, which are available for Windows, macOS and Linux.

Eclipse is a popular development environment originally used only for Java, but now, thanks to extensions, you can work with other languages as well.

There is another free open-source environment - NetBeans from Apache. It is mostly focused on Java, but other languages are also available by default.

Komodo IDE is an environment that supports a large number of programming languages. It is free of charge for personal use.

Developing in the cloud

To deploy an IDE securely, developers, including ours at Serverspace, use a cloud infrastructure. Here are the main reasons for IDE cloud deployment:

Developers and testers from the Serverspace cloud provider team prefer using Visual Studio Code. This editor allows working not only with Windows and macOS, but also with Linux OS. The editor has a lot of extensions, and you can customize the workspace with formatting and code highlighting. And a nice bonus is that you can get all these tools for free.

If you have not found an alternative to Oracle Cloud Infrastructure yet, take a look at this comparison.

Why Developers Use Serverspace Cloud

The environment for developing and testing applications is in most cases deployed on virtual servers. 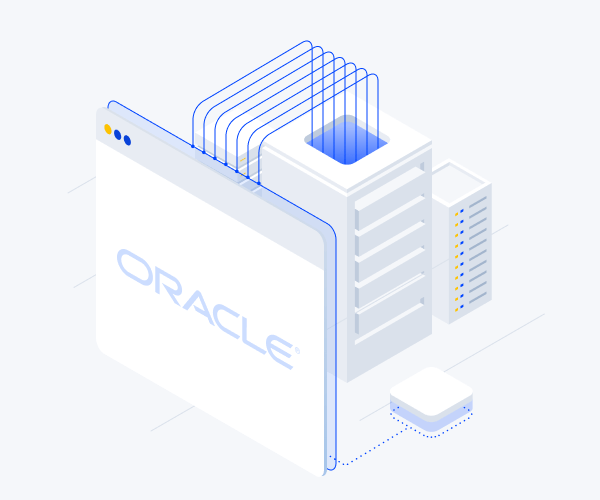